Growing pains hurt!  Certainly EuroDisney, now Disneyland Paris felt its share.  If you had tuned into our recent series, 20 Days to 20 Years, you know the history well. 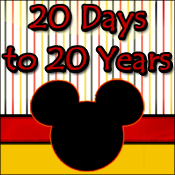 My recent post, Disneyland Paris- A Fairy Tale Finally Come True?  summarizes the story, chapter by chapter.  This parks’ many ups and downs may rival Rock ‘n’ Roller Coaster’s, but the recent rehabs, refurbishments, new parades and spectacular new state-of-the-art Disney show belie the rocky start.  They also are visible realizations of the “One-Disney Experience” that was announced in February of 2009 by Jay Rasulo, chairman of Walt Disney Parks and Resorts.  No longer does each Disney Park across the globe operate in isolation; Fantasmic! grows into World of Color, which morphs into Disney Dreams!


Disney can now pivot and capitalize more fully on their successes, and can more seamlessly offer guests an experience that they have come to expect.  The holiday lighting of Paris’s Le Chateau de la Belle au Bois Dormant (Sleeping Beauty Castle) was such a hit that it became an international trend at their castles around the world.  Toy Story Mania opened at the Disneyland and Walt Disney World Parks simultaneously.  The synchronized on-board audio track of Space Mountain: Mission 2 was the precursor for the remodeled Space Mountain in Disneyland, and so on.

For true Disney fans, this is a magical strategy.  In the 1950’s, Walt Disney sought a global viewpoint for his park.  Through his many experiences abroad, he had witnessed the commonality of man.  During our 20 Days to 20 Years series, bloggers from 11 different countries networked together to share our passion for a man and his dream.  A special thanks to our new and familiar international friends is required:  Designing Disney, Mandas Disney Blog, Euro Souvenirland, The Brit Traveler, Dedicated to DLP, photosmagiques, The CanaDisney Blog, @DisneyNine, DVDisney Fan, and Disneygraphy.

We have proven it once again.  You guessed it- it’s a small world after all…

In the times we live in today, a home gym sounds better than ever. Just one problem- the price tag that comes with renovations. Gym … END_OF_DOCUMENT_TOKEN_TO_BE_REPLACED

During the spring and the dog days of summer, it’s just too easy to eat foods that can derail a healthy diet. Decadent ice cream, moist … END_OF_DOCUMENT_TOKEN_TO_BE_REPLACED

Ommmmmmm. It has finally arrived. A runDisney offering that appeals to elite runners AND coach potatoes. Especially if you have ever wanted … END_OF_DOCUMENT_TOKEN_TO_BE_REPLACED